In this article, I would like to talk about the team I support, Galatasaray. It would not be wrong to say that football is the most well-known sport that was found in Europe and spread to the world.

Many people have identified advocacy with their lives. I can say that I have experienced this in Germany. Especially If you walk around the Reeperbahn on the day of the Pauli game, you’ll know what I mean.

The situation is not different in Turkey. People watch their team’s games every weekend.

Anyone who graduates from this high school can become a natural member of the Galatasaray club.

The Club’s colors are yellow and red. A deep sweet red with a hint of cherry and a rich yellow with traces of orange. The Club plays its matches in front of 55 thousand people at Ali Sami Yen Stadium.

Galatasaray, which has participated in the Champions League many times, is a very popular club around the world, although the Club has not been successful in recent years. Fenerbahce and Beşiktaş, other important rivals in the Turkish League, have never been as successful as Galatasaray and have not won a cup in Europe. 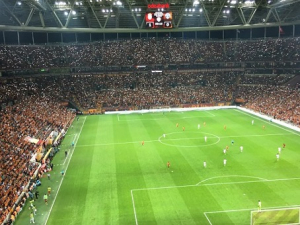